Build Your Tank, Float at Home

Easy way to clean the surface of your water

After a handful of floats the surface of your water will probably have some residue, it’s just skin oils so no big deal.  You’ll need  to use a skimmer to clean it. This is the easy way, just pick up this skimmer on amazon and you’ll have it working in seconds. Check out the video.   I’ve been cleaning up my water after the construction. Big Job. 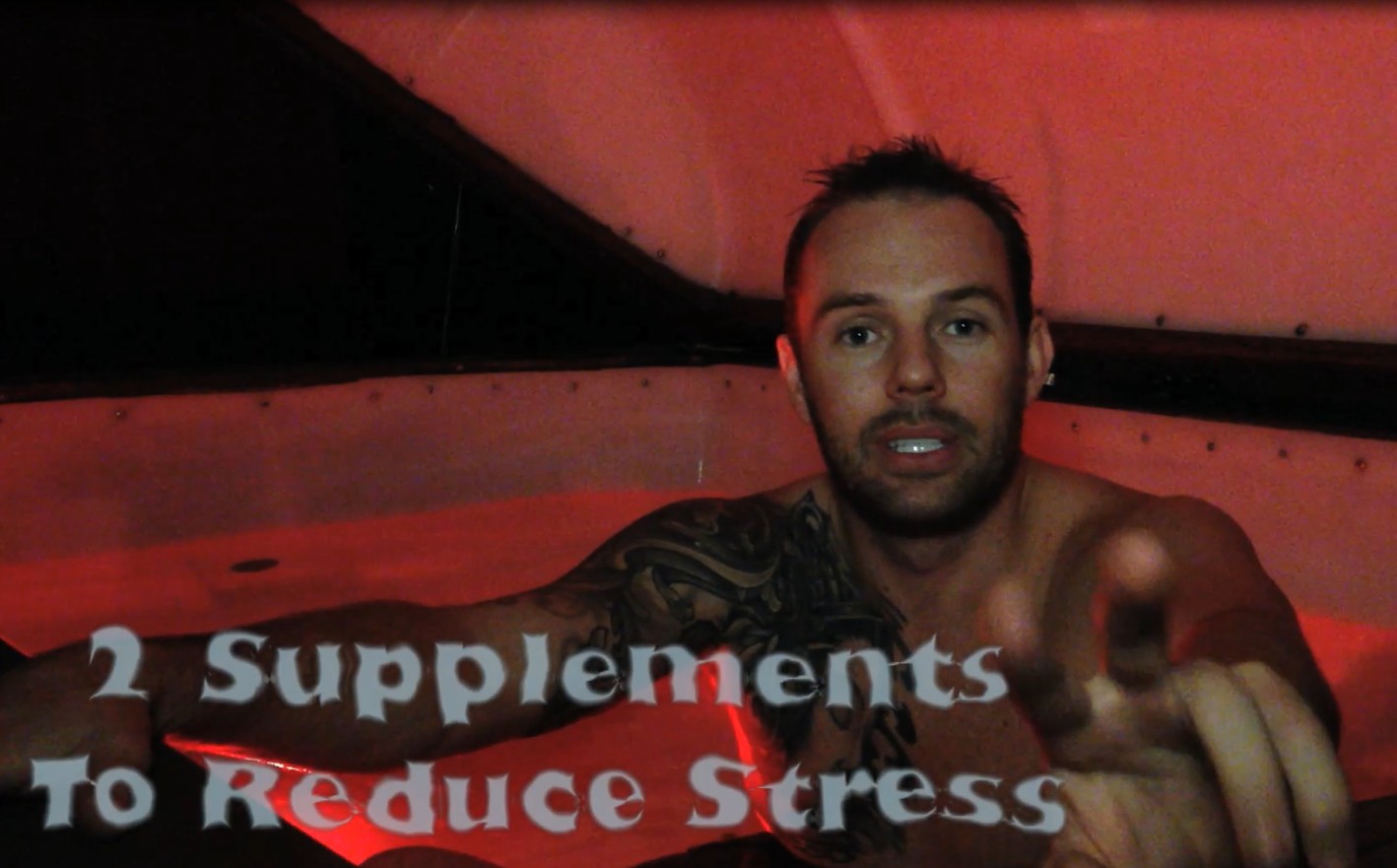 Wow, it’s good to be back floating! Between redesigning my tank and the new tank project I’m working on… it’s been BUSY. I’ve battled anxiety for years and these two supplements honestly help me in an instant. Maybe it’s placebo but who care’s if it works! lol Let me know if they work for you. 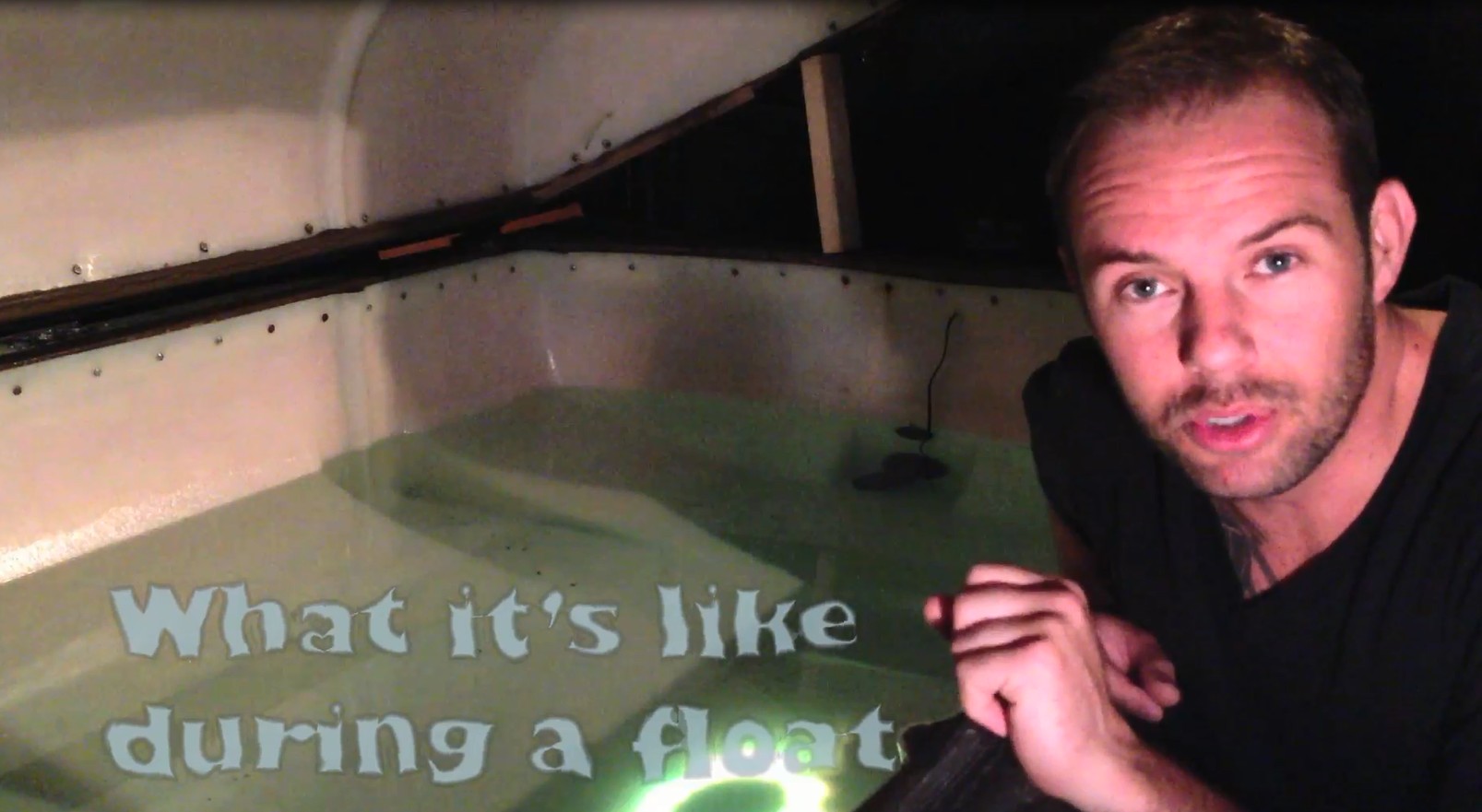 So it’s been a hectic week working on my tank. This seemed like a good idea, but I’ve been wrong before. lol 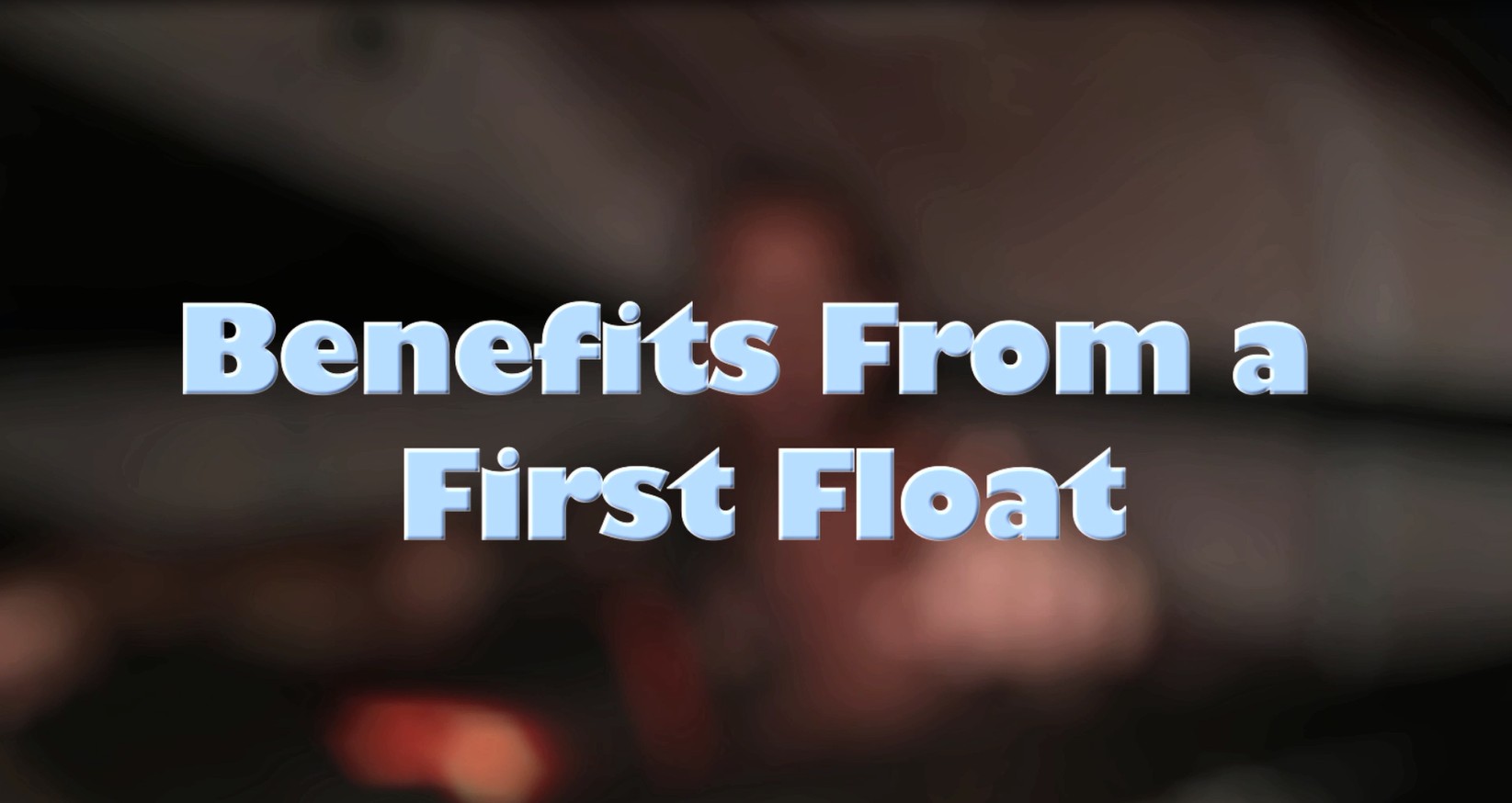 YES YOU CAN have benefits from your first float. These are the ones I hear the most. Check it out. If you’ve got some other great ones leave a comment. 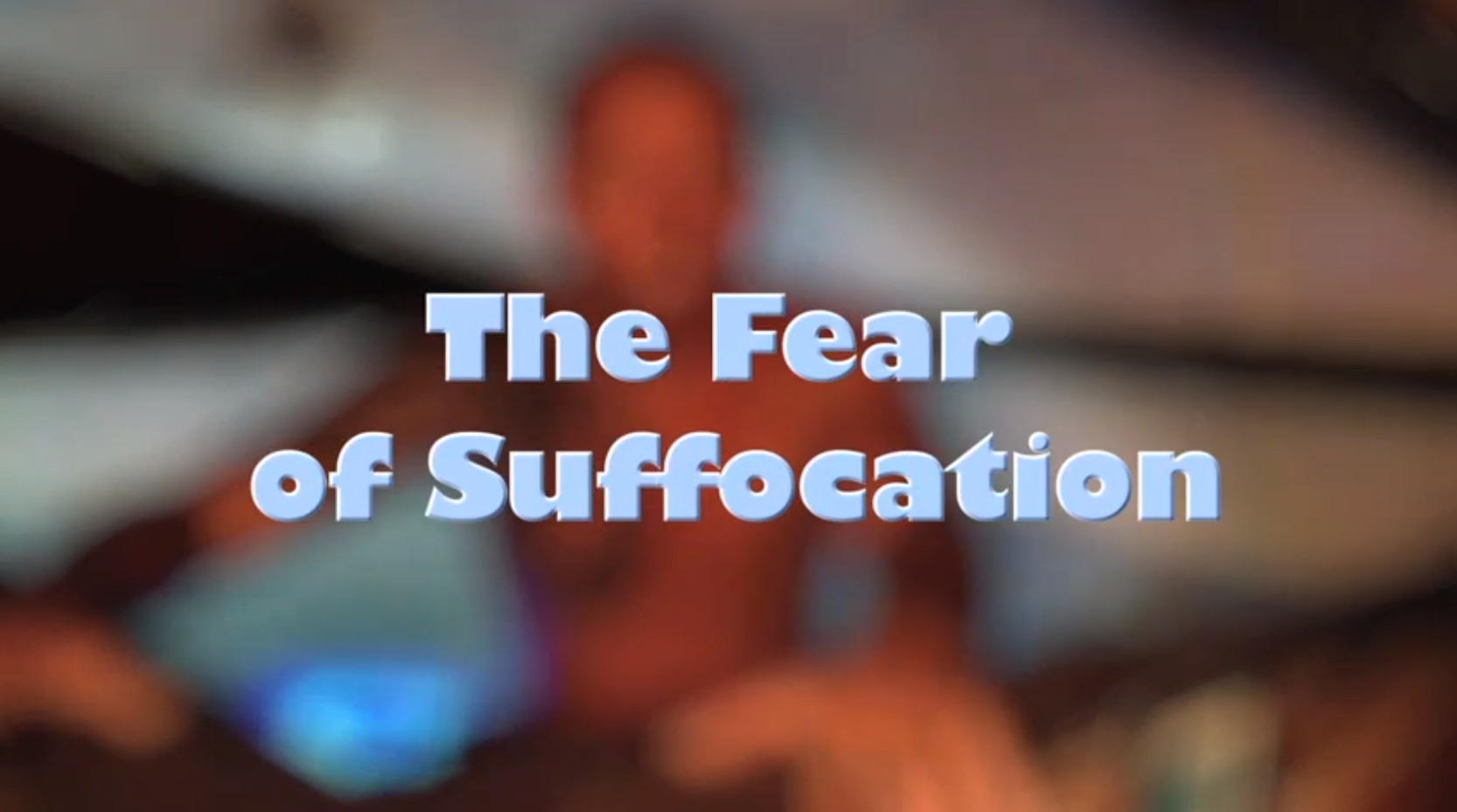 Tales From The Tank – Fear of Suffocation

Is this an issue for anyone else!? Or do I just have an anxiety problem? lol  Check out my thoughts and findings on getting enough air in a float tank. 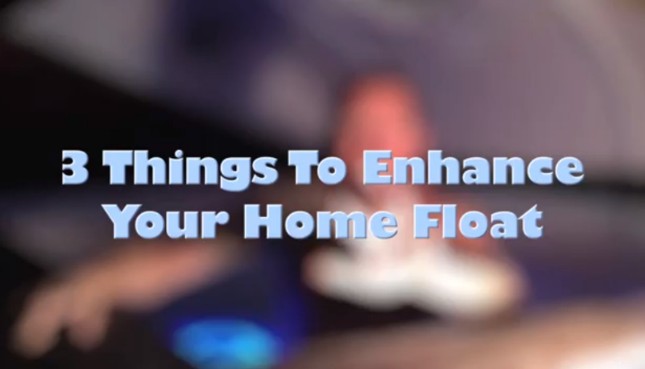 Tales From The Tank – Episode 2

In this episode I want to tell you about the 3 things I’ve found to enhance my floats. Try them out for yourself and let me know what you think. Enjoy! 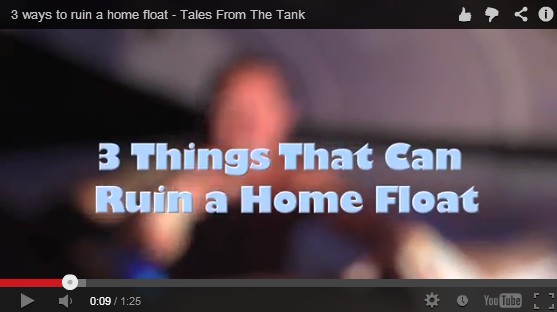 Tales From The Tank – Episode 1

This is the first episode of “Tales From The Tank.” I basically want to start covering all my personal experiences with floating as well as tips, tricks, things to remember, etc.  I hope you guys like them! Let me know your thoughts. 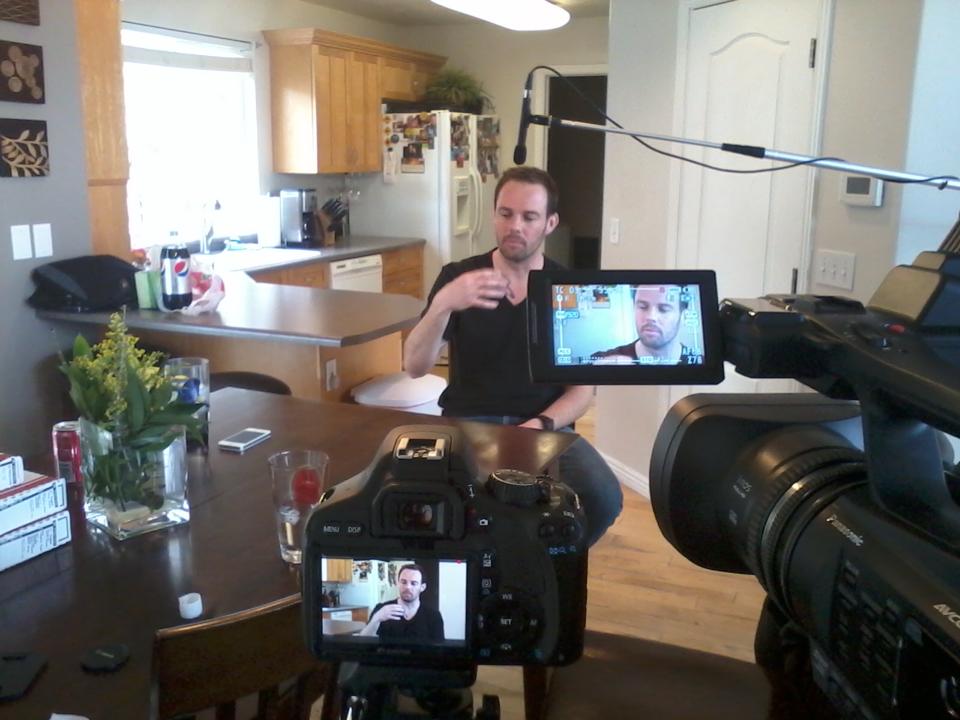 So Carl Jessee and Jory Piglowski stopped by a couple weeks ago. They are travelling the country producing the first “all encompasing” float documentary. See more about that here. Float Nation Documentary   They arrived on a Friday night into Salt Lake City and stayed with the owners of Salt City Float (Shawn and Denielle). On Saturday they swung by my place and we did an interview and I gave them a tour of my tank.   After we were done at my place we all went over to Salt City Float Spa to get the interview with Denielle. She knows her stuff about floating! I was very impressed. Also, Salt City was over the top nice, it felt like a high end vacation spa.   After some time at Salt City Float we headed around the town and up the canyon. They seemed very impressed with the mountains and landscape. I take it for granted living here.  We spent a lot of time driving and had LOADS to talk about. After dinner they told me about how welcoming everyone in the float community is. It makes me proud to be a part of all this, and I know Carl and Jory are on to something big! This film will finally put all aspects of floating together in one place. The hippy, therapeutic  scientific, healing, medical, spiritual, and inspirational aspects of floating will be gathered and presented in one piece. It is sure to educate and inspire more people to float. At the end of the day it felt like my friends were leaving. I hope to see you guys at the float conference in August. Thanks Carl and Jory! Sincerely…. Shane

Got a slow leak?

So.. for some reason salt water is hard to keep in the pipes. I’ve had my tank over a year and I’ve had two slow leaks. The leaks have both came from threaded unions, which are necessary if you ever have to replace anything. I was browsing Amazon for some sort of fix to this problems and I ran across Rescue Tape. Here’s a link: Rescue Tape This stuff claims to fuse into itself and permanently fix leaks. So… I bought some.   I did some cleanup work scraping the old salt off the ground.     I then wrapped the tape around the unions pretty tight. This stuff IS amazing! It honestly form fit and bonded while I was applying it! I wish I had video but it was just me. It’s been a few days now and I haven’t seen a drop of water. That’s a very good sign. If something changes I’ll update this post, but for now… This is the handiest leak stopper I’ve ever seen.

Many people ask me if I know a place to buy a used float tank. To be honest this is exactly what I was doing before I built mine. I was running into a few problems.   First: Tanks are so EXPENSIVE! I was looking at really old tanks and they were wanting upwards of $4,000. I couldn’t see myself spending that much for an old tank.   Second: Even if I found a deal where was I going to put it? Many tanks can’t be disassembled and moved into my home, so I was forced to use it in my garage. Didn’t sound private or ideal. Third: Shipping was EXPENSIVE! not only was it heavy, it was large. Just the dimensions alone made it expensive to ship.   I finally had to give up on the “buying a float tank” idea, and look down a new road. I had to build one… in my basement spare bedroom. Luckily I had experience in building and creating so I gave it a good shot and documented my work. To be honest I spent months designing it in my head, and another month building and troubleshooting. It was expensive and time consuming. Don’t go through the same learning curve I did. I offer my plans for $24, and it should save you $100’s in errors. Here’s the link to buy the plans. http://www.isolationtankplans.com/sign-up-for-full-access-to-the-isolation-tank-plans/ So if you’re looking for a flotation tank for sale or isolation tank for sale.. etc. Don’t bother. Build your own!